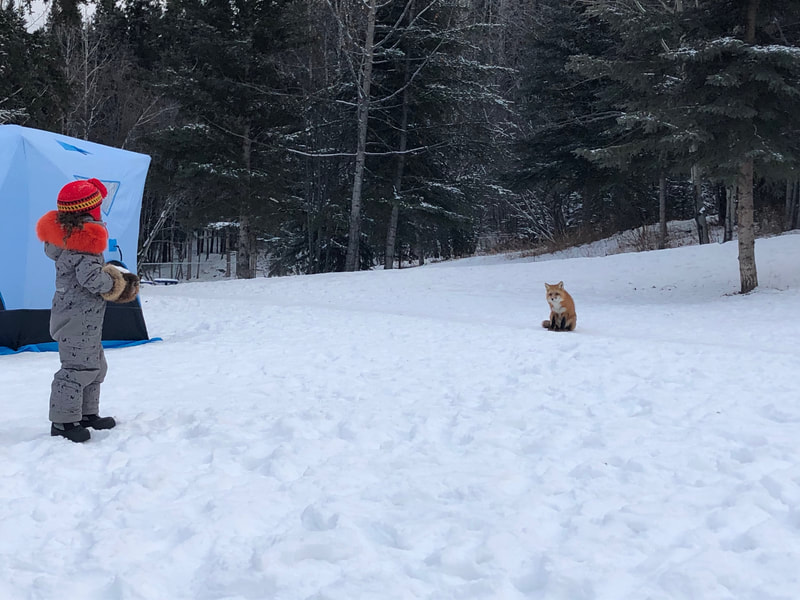 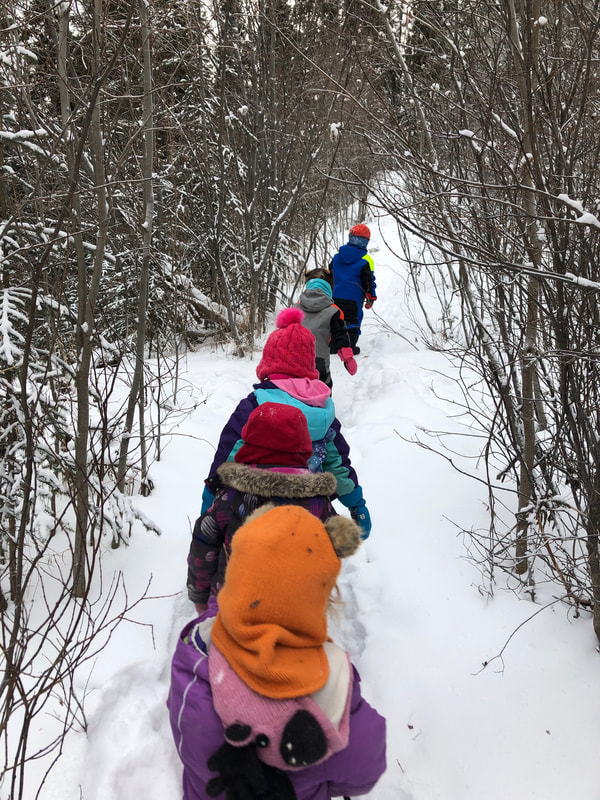 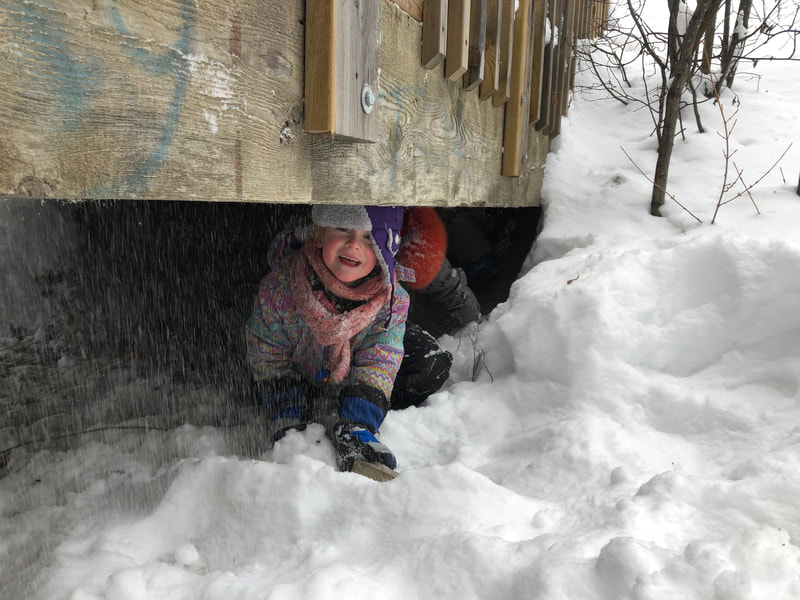 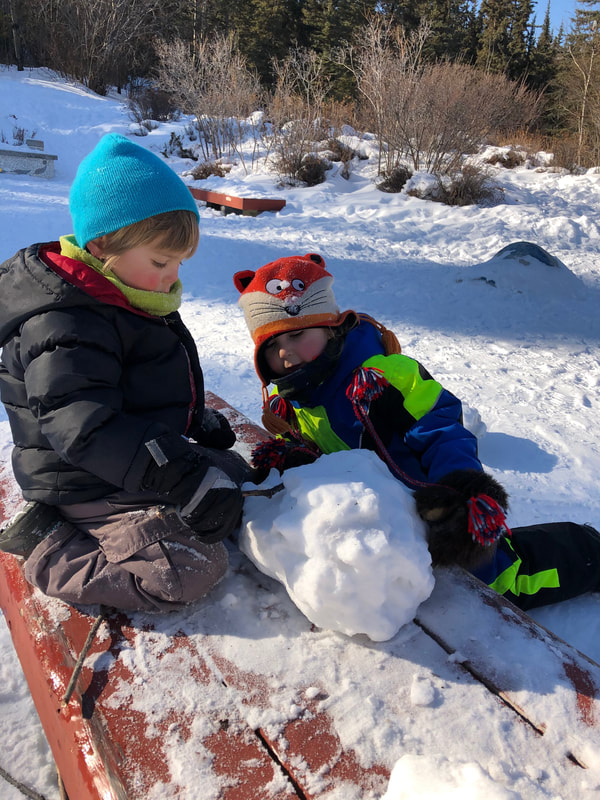 Our Aim at The Nest

At The Nest Forest School, we view every child as a curious and capable being, worthy of kindness, love, and respect. Each child is unique and full of potential. At The Nest, we provide ample time to connect, play, and learn from the land in order to meet each child's individual needs and interests, allowing them to grow and to flourish.

Each child is an essential part of our community at The Nest Forest School, and we seek to cultivate a space in which each child can strengthen their sense of empathy towards others, deepen their awareness of others in their community, and build a connection with the land around them.

At The Nest, we see each child as a whole being, where nurturing the head and the heart is of equal importance, hand in hand. We value the knowledge and skills that each child brings with them from their experiences, their relationships, their family, their culture, and their community. We have so much to learn from each other.

We aim to build a foundation for a healthy start for children by fostering a deep sense of curiosity and by holding space for significant amounts of outdoor, child-led exploratory play. We encourage learners to develop a deep sense of place through understanding their role in the natural world.

​Our teaching is guided by the local landscape, and inspired by learners' passions and seasonal changes.

Days at The Nest 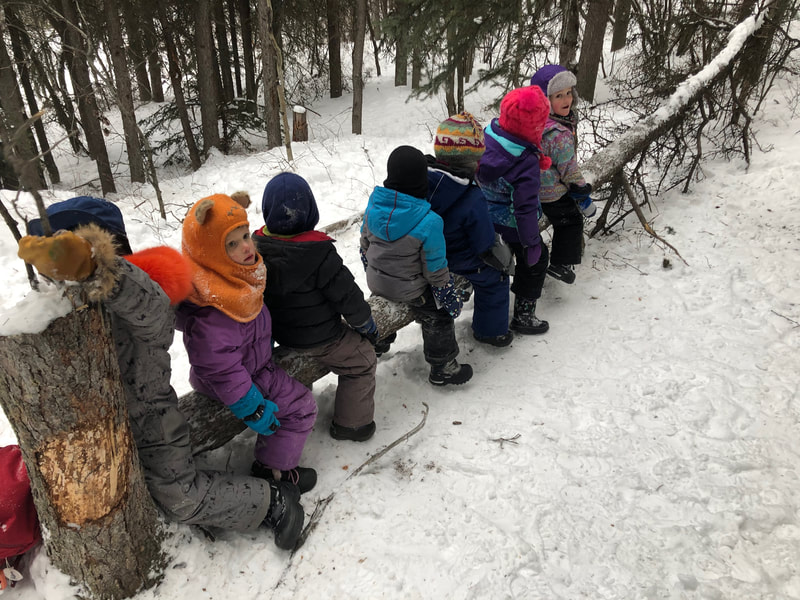 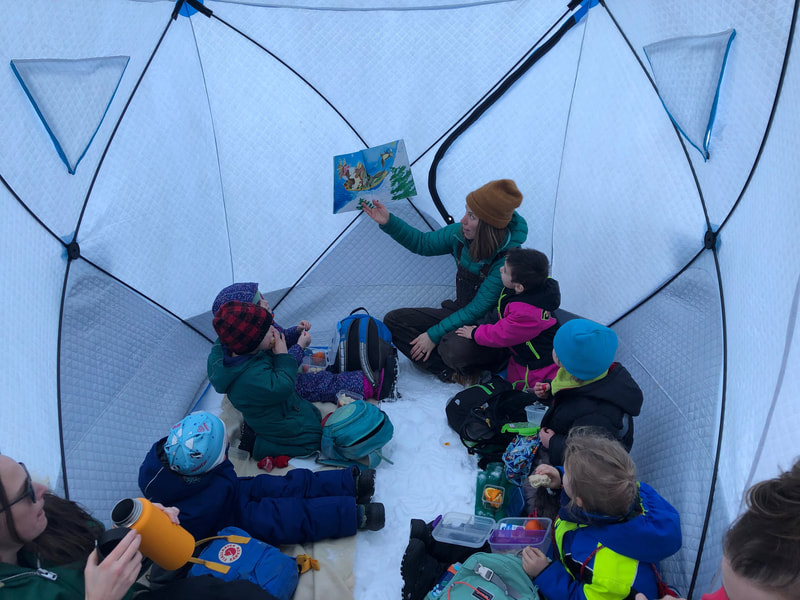 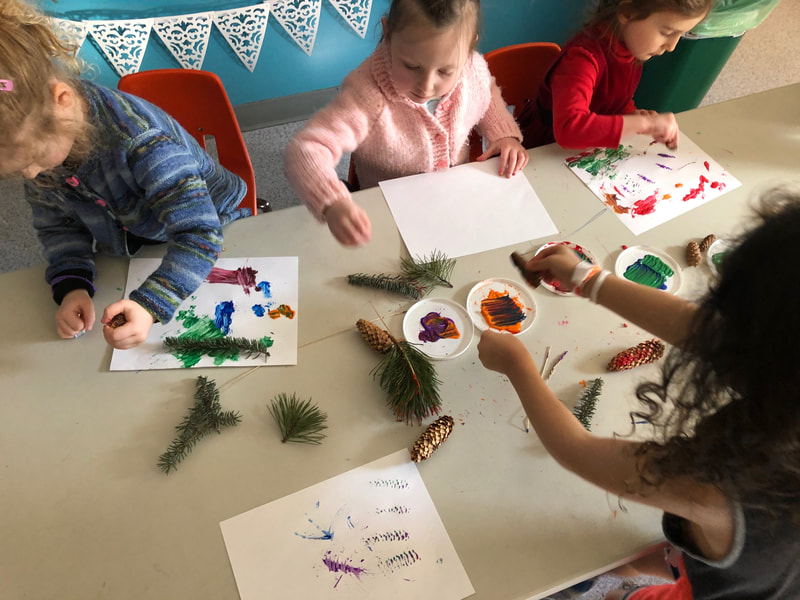 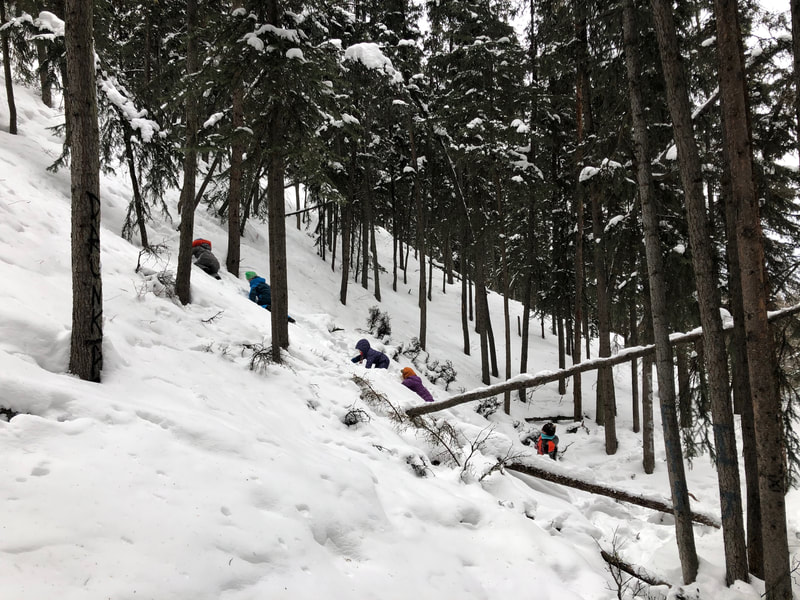 Our programs are designed with empathy, awareness and community at their heart.

Programming at The Nest Forest School is outdoors, child-led, imaginative, and focused on nurturing curiousity and wonder.

​Our days are guided by the interests of the participants and shaped by our environment. 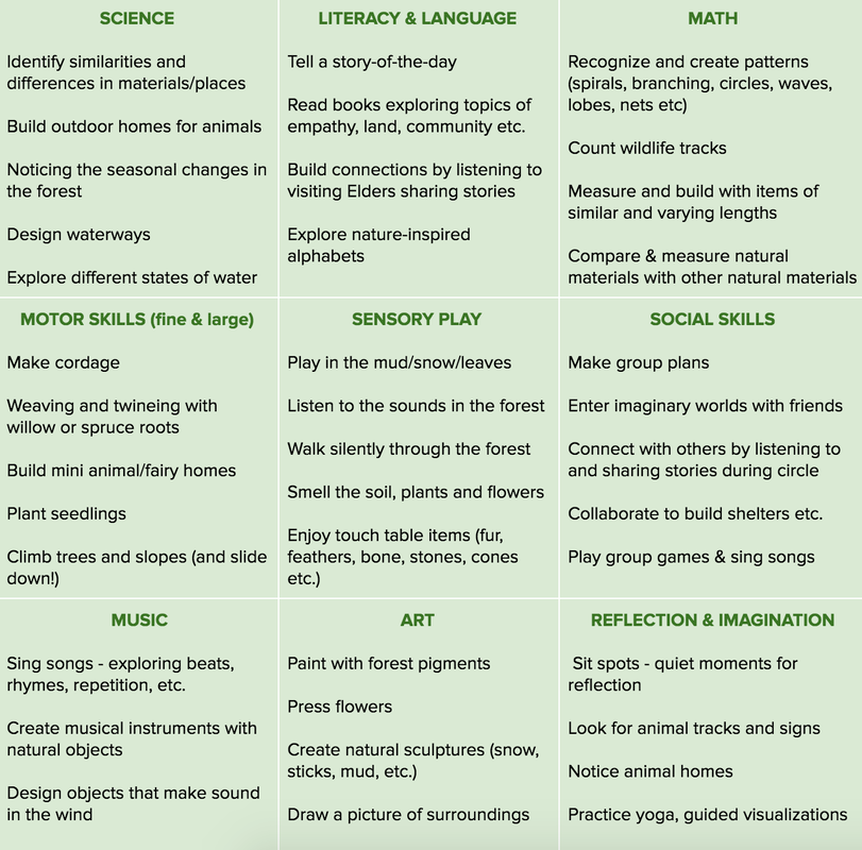 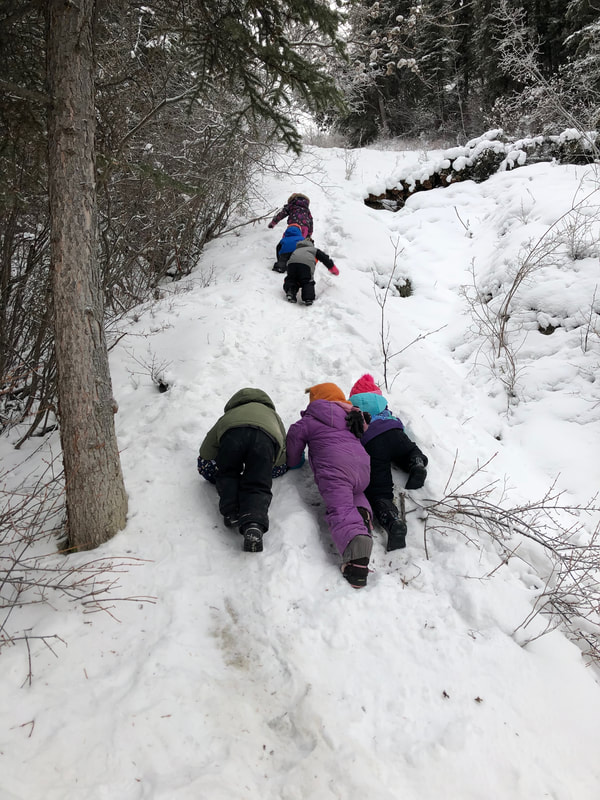 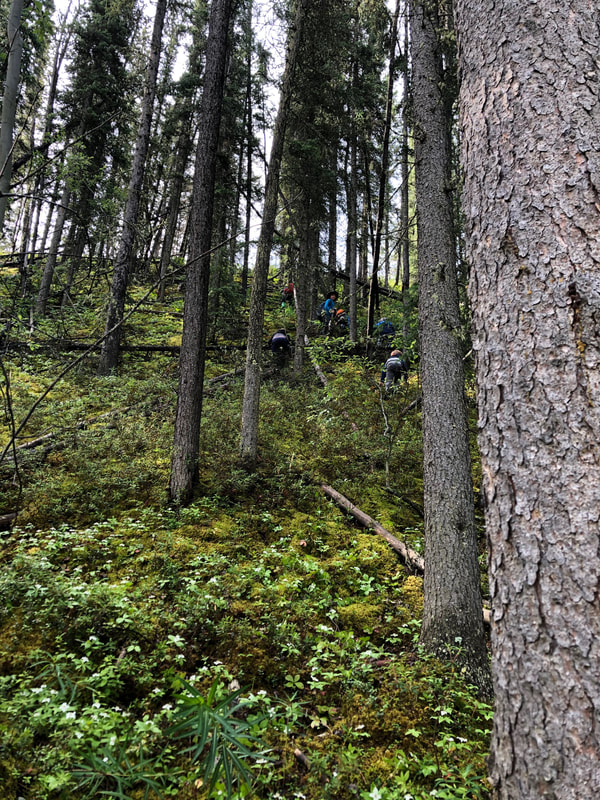 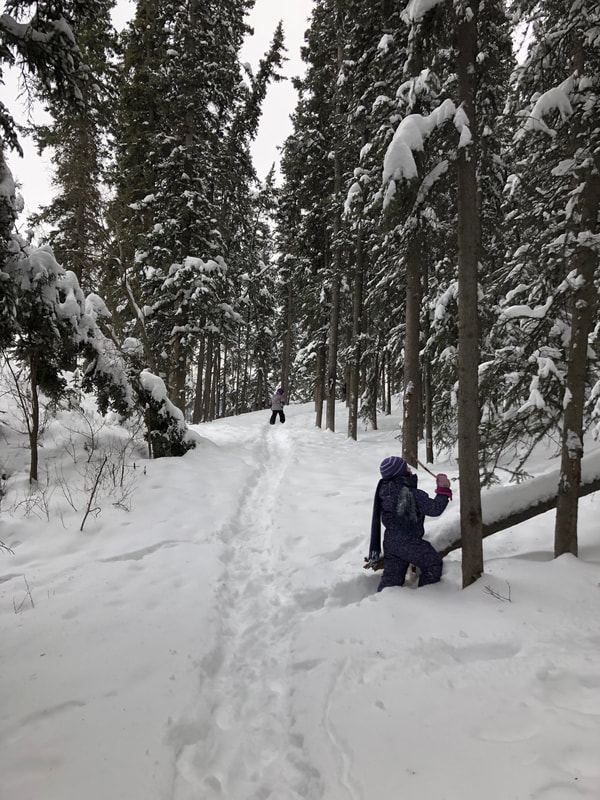 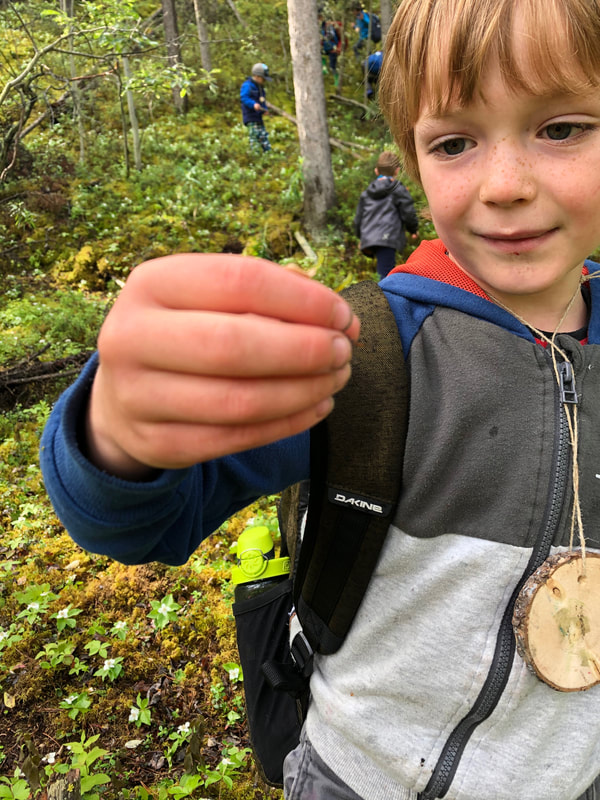 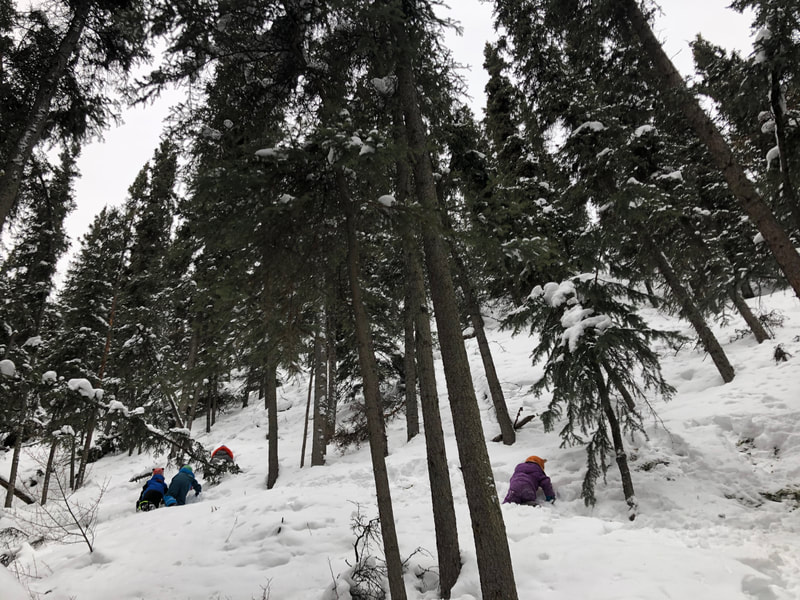 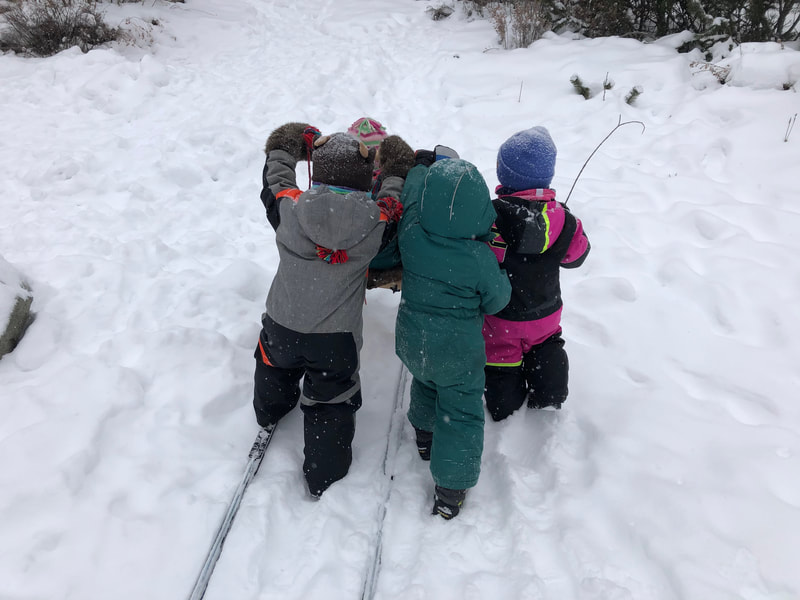 "I remember when my son was about three, in the constant questioning stage. Trying to be a good mother, I dutifully answered every question with some informative explanation.

​Then one day in the middle of another train of questions and answers, he suddenly wailed up at me, "Mom, DON'T ANSWER!" and he burst into tears of outrage.

​I was stunned, but crouching down to hug his tears away, I realized that he didn't want my answers. All those questions were a plea to come into his world with him, at his level, to join with him in his curiousity."

- Ellen Haas, co-author of Coyote's Guide to Connecting with Nature 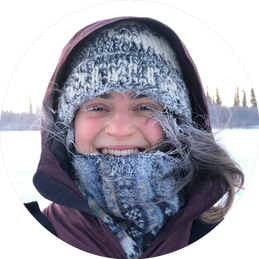 Rosalind was born in Whitehorse, on the traditional territory of the Kwanlin Dün First Nation and the Ta'an Kwäch'än Council, and is thrilled to call the Yukon home again. Growing up in Ontario and in Denmark, Rosalind has many memories of playing outside with her sisters, creating worlds in a cluster of flowering bushes or up in the branches of trees – and she cannot wait to continue to explore the worlds that await The Nest Forest School.

She is a certified teacher with a B.Ed. from St. Thomas University, and a B.A. in Geography and Aboriginal Perspectives, and Drama from Mount Allison University. Following her time in New Brunswick, Rosalind spent time teaching English in France, baking in Ottawa, farming and teaching kindergarten in Inuvik, NWT. Rosalind helped launch the pilot for the Nest Forest School in January 2020, and thoroughly enjoyed spending the 2020 Summer Camp season in the forest with Rivers to Ridges!

Rosalind is passionate about play-based learning and the role it can play in helping children gain autonomy and responsibility. She thinks the learning journey is much like a seed as it grows - each child needs a nurturing environment to stretch their roots out into, in order to flourish. Beyond Forest School, Rosalind enjoys singing and playing music, growing veggies, and all aspects of theatre – from backstage production to performing in Shakespeare in the Park (and once appeared as a bilingual, talking broccoli!).
E-mail Rosalind at rosalind@riverstoridges.org 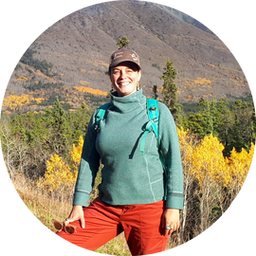 Kelly was born in Guelph Ontario on the ancestral homelands of the Anishinaabek People, specifically the traditional territory of the Mississaugas of the Credit First Nation. She moved to the Yukon in 2014 to pursue a career in teaching while increasing her naturalist knowledge found in this beautiful territory. Kelly holds a BA in Modern Languages (French and Spanish) and Sociology from Bishop’s University in Sherbrooke, Quebec. In the summer of 2018 Kelly completed a course with National Geographic in Ottawa with a focus on Indigenous Studies and teaching Indigenous Perspectives. She also holds a certificate as a trained Montessori Elementary Teacher through the Association Montessori Internationale from Toronto, Ontario where she was guided down a path of mentoring the natural curiosity and deep sense of empathy that exists in children.

Outside of work Kelly can be found writing music, playing guitar and ukulele, writing poetry and short stories, practicing yoga, reading, working in theatre productions, and on arts based volunteer boards. She enjoys handwork such as crocheting, sewing, beading, bookmaking and up-cycling or repurposing clothing. Kelly is most curious about plants life, the changing seasons, life in the Age of the Invertebrates (and beyond!), human interconnectedness and recognizing what binds us as a community.
Email Kelly at kelly@riverstoridges.org